New House Landscaping constructed by Heath Landscaping Hobart Tasmania. This was a large job that  had many aspects of landscape construction. There were many retaining walls to be built. There were  concrete  paths and  a driveway which  were prepared but poured at a final stage to avoid damage by other trades at the site.  The driveway has had an oxide added to the concrete to add a charcoal finish to the driveway. There is  quite  a bit of fencing which consists of metal frames with Pelawon slats. These have been  constructed on top of the  retaining walls that were built. There is  a small section of sandstone paving at the side of the house and another section of  paving round the back. 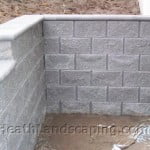 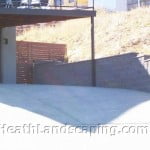 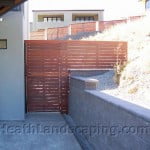 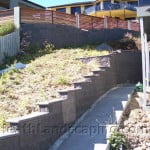 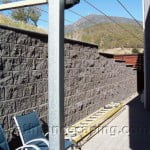 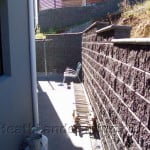 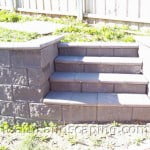 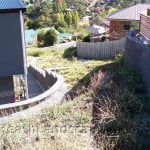 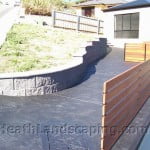 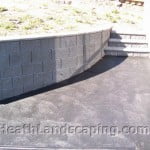 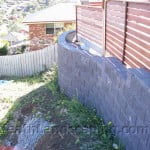 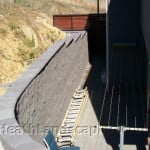 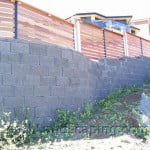 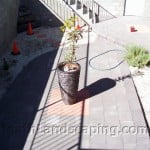 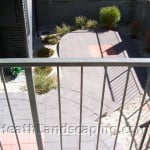 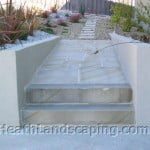 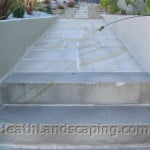 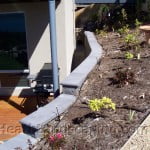 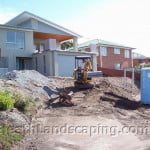 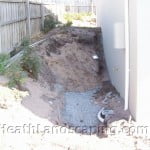 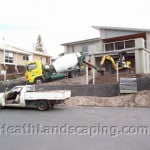 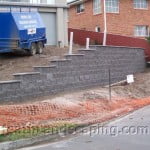 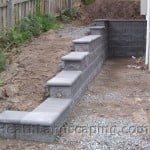 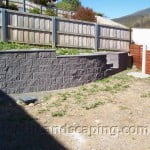 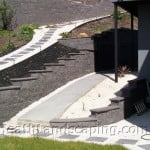 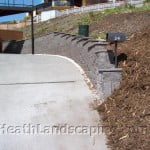 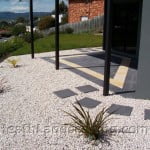 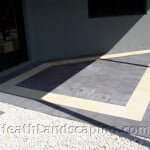